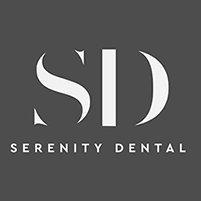 A person’s smile is of utmost importance to their self-confidence. Now you can get a new smile full of beautifully straightened teeth with the Invisalign® system and Dr. Brinda Nair at Serenity Dental in Austin, Texas. Dr. Nair offers the Invisalign system to her patients who want to have their teeth straightened without the use of conventional metal appliances or orthodontics. Dr. Nair and the staff of Serenity Dental encourage residents who live in Austin, Texas, and the surrounding areas to visit the practice for all of their dental health needs.

How does the Invisalign system work?

The Invisalign system uses a specially designed series of clear plastic trays to gradually correct the alignment of the teeth. Each set of trays is worn for 2-4 weeks allowing for the maximum shift to occur.

To create the trays, Dr. Nair uses computer generated models to design and mold each one. Each tray is slightly different than the one before it, causing the teeth to shift gradually over the period it’s worn.

Treatment plans range from 12-48 months, depending on how much correction is needed. The clear plastic trays are easily cleaned and can be removed so the patient can brush and floss their teeth as needed.

How many trays are needed in an Invisalign treatment plan?

Invisalign treatment plans can use anywhere from 12-48 trays, depending on the severity of the misalignment. The trays are put in a sequence that allows for the gradual shifting of the teeth, and each tray is worn for approximately two weeks.

As the patient works their way through the series of trays, the changes will become more and more noticeable.

At the end of the treatment plan, Dr. Nair may choose to continue the treatment for a few extra months to correct any small abnormalities that may still be present.

Who is a good candidate for the Invisalign system?

Patients who need minor to moderate adjustment to the alignment of their teeth are ideal candidates for the Invisalign system. Because the trays are clear, they’re less noticeable than conventional metal braces that are quite visible.

Invisalign trays are ideal for students or adults who speak in public or those who would prefer not to wear their appliances while they’re in school or at work. The trays are also ideal for people who want to be able to clean their teeth without the fear of getting debris caught in the metal wiring associated with metal braces.

Invisalign trays can be removed when eating and are easily cleaned to keep bacteria to a minimum.

We accept most dental insurance. Here is a short-list of some of the most popular plans we accept. Please contact our office if you do not see your insurance provider listed.

Words from our patients